Steady but Moving: Where Digital Technology Investments Are Going

A worldwide study by SDA Bocconi's DEVO Lab uses artificial intelligence techniques to record growth in 5G, the Internet of Things and Machine Learning Analytics and declines between 40% and 60% in Blockchain, Augmented and Virtual reality and 3D Printing.


Investment in advanced digital technologies is traditionally pro-cyclical: it rises, even more than the economy, in times of growth and falls in times of contraction. The economic crisis caused by the pandemic has radically changed this, according to the results of Follow the Money, a study by the DEVO Lab at SDA Bocconi School of Management.

In 2020 and early 2021, investment in advanced digital technologies held up despite the crisis, but it was also redistributed to different technologies. “On the one hand,” explains Gianluca Salviotti, DEVO Lab Coordinator, “some technologies such as Blockchain, Augmented and Virtual Reality, and 3D Printing have recorded important drops in investments, even on the order of 40-60%. On the other hand, we find technologies that have held up, maintaining stable or even growing levels of investment. We’re talking about 5G, the Internet of Things (+17% in 2020), Machine Learning Analytics (+6% in 2020), or the Cloud, stable at $15 billion in 2020”.

The lab's researchers, with the collaboration of its 30 member companies, analyzed more than 114,000 financial transactions made by a broad set of investors (venture capitalists, private equity, angel investors) and more than 5,000 acquisitions that took place worldwide between January 2017 and Q1 2021. “That's over $3 trillion in financial investments and $4.6 trillion in acquisitions,” recall Gianluigi Castelli and Severino Meregalli, Director and Scientific Coordinator of the DEVO Lab.

The research used a robust database of financial transactions, and an artificial intelligence model able to isolate specific investments in digital technologies. The same model was then used to categorize each technology investment into an understandable and easily navigable set of technologies (e.g., Blockchain, Artificial Intelligence, Internet of Things, Quantum Computing).

The Artificial Intelligence (AI) technology cluster has seen a progressive consolidation of investments, which have been stable at values of $36-38 billion annually between 2018 and 2020, and proved to be the technology with the highest investments among those monitored. Lorenzo Diaferia, researcher at DEVO Lab, tells how “this signals that AI is playing an enabling and transversal role with respect to many sectors and processes. To confirm this, investments in Machine Learning Analytics have increased from 20 billion in 2017 to over 27 in 2020. However, in the face of this increase, we saw a slight contraction in the percentage of investments in early-stage startups (Seed and Pre-Seed), from 7% (2017) to 5% (2020) to 2% (Q1 2021), while late-stage investments grew from 25% (2017) to 42% (2020). In short, everything seems to signal a growing focus on proven solutions and an increasingly cross-cutting use of AI solutions.”

A different story is told by Leonardo Maria De Rossi when talking about Blockchain and its evolution. “We have been studying and monitoring this technology since 2016 and financial investments confirm how hype and fashion effects have strongly driven the market.” In 2018 a real explosion was recorded, with $14.3 billion in investments. The year before it was $5.5 billion (2017) and the year after $6.1 billion (2019). "Year 2018 was when Bitcoin became mainstream, when all the attention was on ICOs (Initial Coin Offerings), and DApps (decentralized application). “It didn't take long, however, for people to realize that there was a lot of hype and little substance at the time. The market then collapsed by 62% in just one year,” continues De Rossi. 2021 is the year of increasing attention on Bitcoin by many incumbents (e.g. Banks and investment funds) but also the year of other, much less solid, cryptocurrencies. Total investments in Q1 2021 appear higher than the entire 2020 and the crypto market is currently worth over $2 trillion. But is history set to repeat itself? 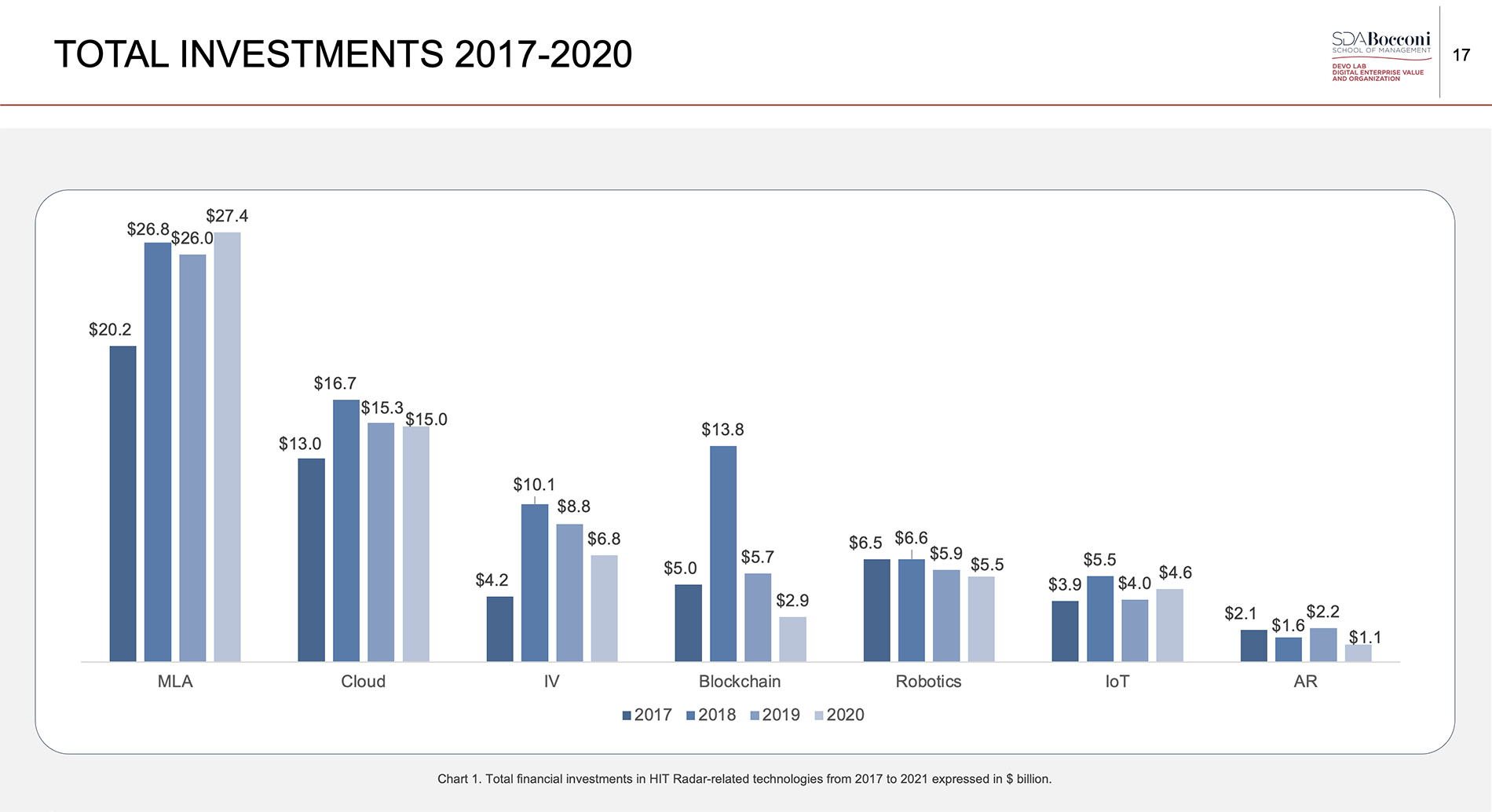 Fundraising Careers in the Arts & Culture ...

The power of networks

The impact and influence of the web of relationships that shape ...
Learn More
Brand Strategy & Management

The technological challenge for management ...

SDA Bocconi Insight - Zoom On
Learn More
Back to all news