The Great Performance Halls in the Future - Rebirth or Transformation?

Chris Denby, CEO, Advisory Board for the Arts 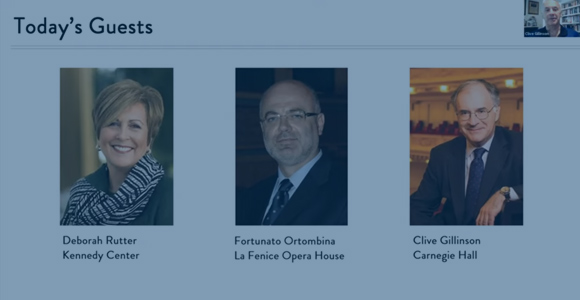 ABA Live and SDA Bocconi Webinar - The Great Performance Halls in the Future: Rebirth or Transformation? 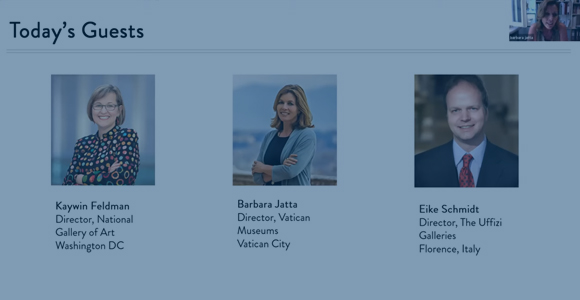 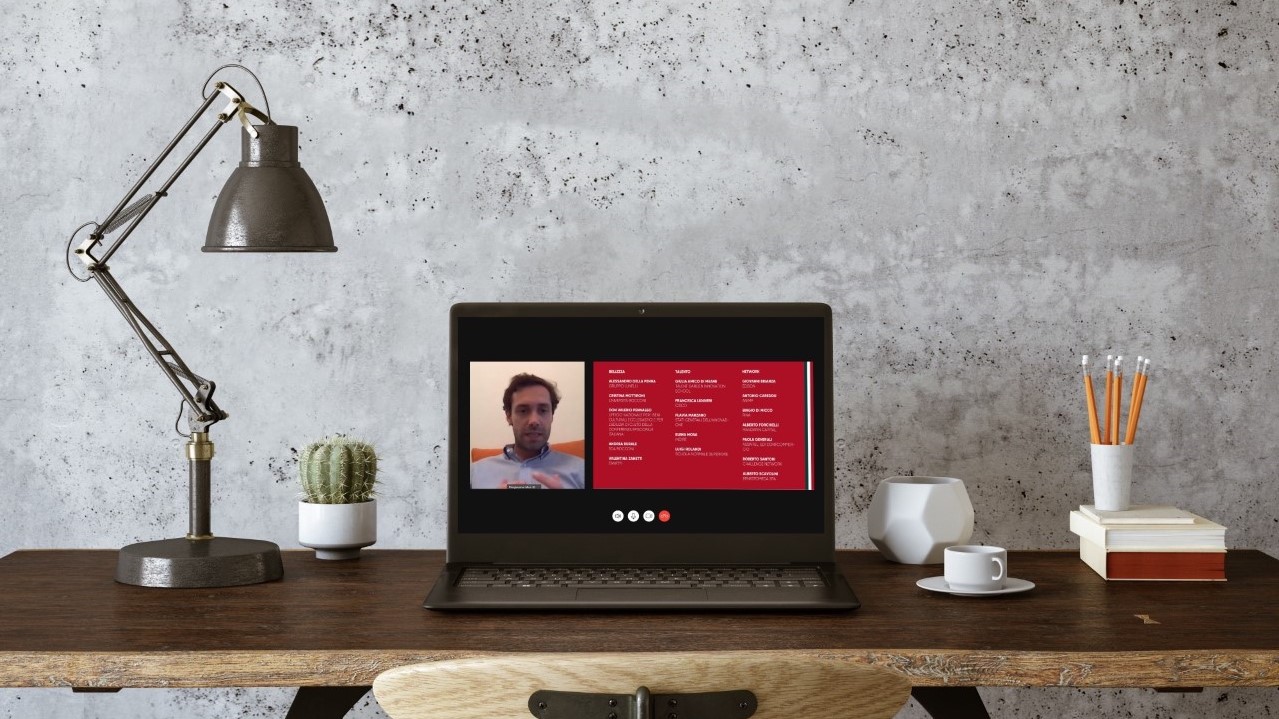 MAMA Director Andrea Rurale and MAMA Faculty Cristina Mottironi participated in the Hackathon organized by Officine Italiain for the section “Bellezza”, dealing with Culture, Tourism and Food and Wine Heritage.

Fundraising in Europe During the Crisis 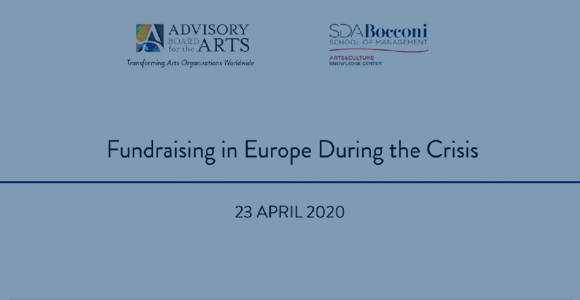 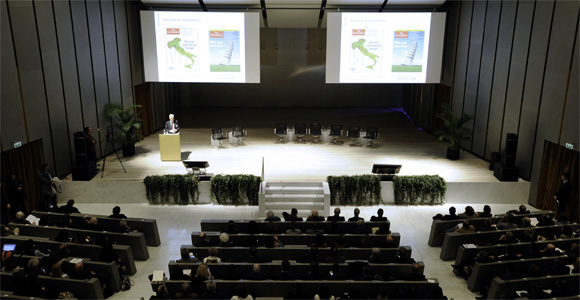 Future of the Arts

In collaboration with Advisory Board for the Arts. As first event of MAMA, Master in Arts Management and Administration 4th edition, this conference hosted a discussion around the management of cultural heritage sites in Italy, taking the perspectives of foreign professionals working in the sector.

The two top professionals reported their experience and underlined how the extreme beauty and richness of Italian cultural heritage, despite some challenges and deficiencies, represents a unique opportunity for attracting resources and create value for the communities. 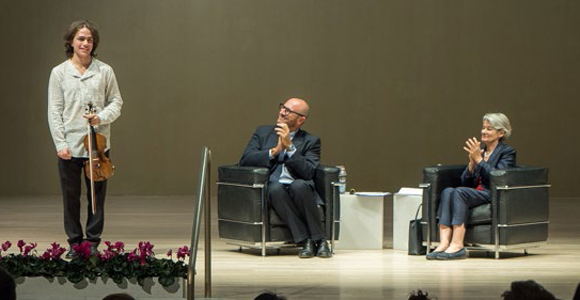 Lectures by the Cameristi della Scala. Homage to Leonard Bernstein on the 100th anniversary of his birth

The event was part of the broaden your frame - Seminar series

Leonard Bernstein was a composer, a conductor, an educator, and a humanitarian.

Thanks to the partnership with BCG - The Boston Consulting Group, and under the patronage of the American Chamber of Commerce in Italy, on the very day of the concert at Teatro alla Scala the Cameristi della Scala presented a lecture on the concert’s program. Coordinated by Aragorn Iniziative, they talked about the paths paved by Bernstein himself during his period at Harvard University and the series of Young People’s Concerts with the New York Philharmonic, televised on CBS.

“Bernstein’s great gift was his ability to convey his own excitement about music. Watching him explain sonata form or the difference between a tonic and a dominant, you had the sense that he was letting you in on a wonderful secret, rather than drumming facts into you that might prove useful later. It doesn’t matter what your subject is; a teacher’s own passion is going to improve the student’s ability to absorb and process the information. Excitement is contagious.” (Jamie Bernstein). 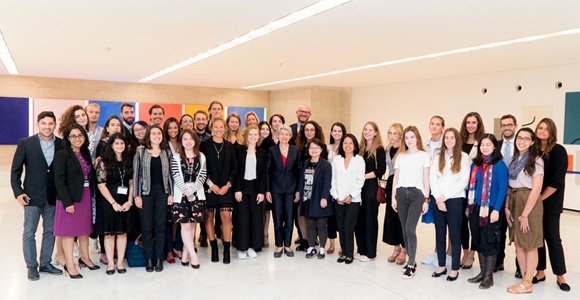 Irina Bokova, Director General of UNESCO, addressed the opening ceremony of the Master in Arts Management and Administration (MAMA). UNESCO has become the essential “soft power” actor – brokering knowledge and crafting innovative policies to promote the centrality of education, the sciences, culture, and communication/information as global public goods. The event highlighted the important role UNESCO has played in fostering development and ensuring peace through a discussion about Ms. Bokova’s mandates and actions taken in order to ensure effective implementation of the UNESCO mission.

The event, organized by the MAMA and the Youth Committee of the Italian National Commission for UNESCO, aimed to discuss the importance of digitalization in art and culture and the role of cultural institutions, incubators, and start-ups in enhancing the learning opportunities and visitors’ experience through technology and innovation. 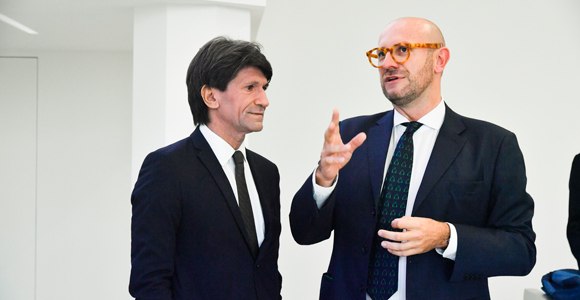 This event aimed to discuss how cultural institutions are dealing with current challenges such as globalization, digitalization, and mass tourism. Managers are asked to adapt and reinvent their institutions, implementing innovative strategies and practices, in order to keep their institution competitive, attractive, and sustainable. Prominent cultural managers shared their views and ideas by bringing their hands-on experiences. 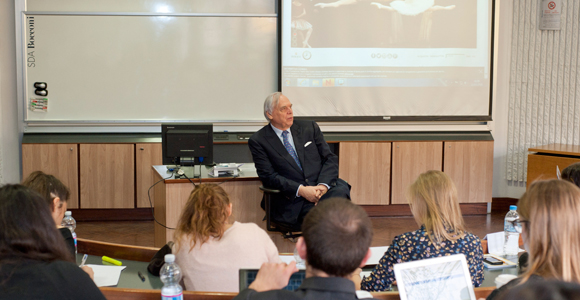 MAMA students met with Dr. Alexander Pereira, Superintendent of Teatro alla Scala, to discuss management issues. Dr. Pereira shared his long and complex experience, discussing the challenges he faced and the challenges of the arts sector. In particular, focusing on the theme of fundraising, he gave the students a unique perspective, stimulating their interest as well as many questions.

The insights of a manager of one of the most prestigious cultural institutions in the world, such as Teatro alla Scala, represented an extremely important learning opportunity for MAMA students, and gave them an opportunity to experience real-world management issues. 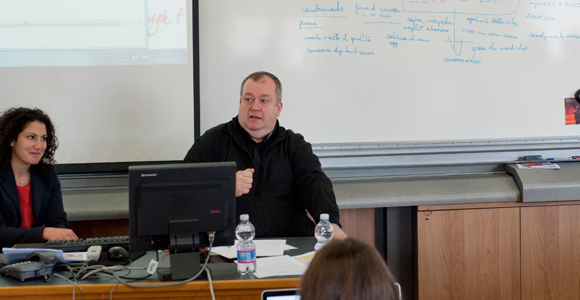 MAMA students had the opportunity to meet and discuss with Mons. Paolo Nicolini, Director of the Vatican Museums. They had the chance to learn more about the success story of the Vatican Museums, as well as understand the challenges faced by cultural institutions. Mons. Nicolini stressed the importance of introducing managerial innovation when managing a cultural institution, and highlighted the need to communicate effectively to the public and customers. As influencers of society, museums and cultural institutions must promote a culture of beauty, purity, and equality, typical values of the arts. 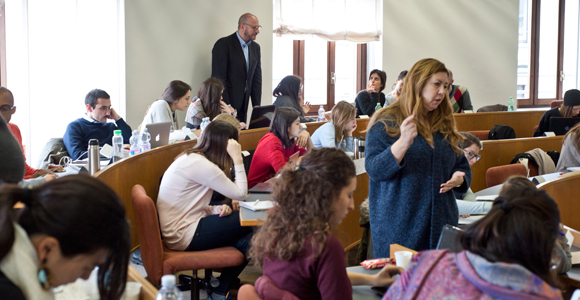 MAMA students had the unique opportunity to meet one of the most important and well-known puppetry companies to discuss with them the issues of managing an old and unique activity which is challenged by societal changes and digitalization. Colla Puppets’ Company has been able to survive and adapt for over 250 years, giving value to Italian culture, thanks to the enlightenment of the Colla family and their management. 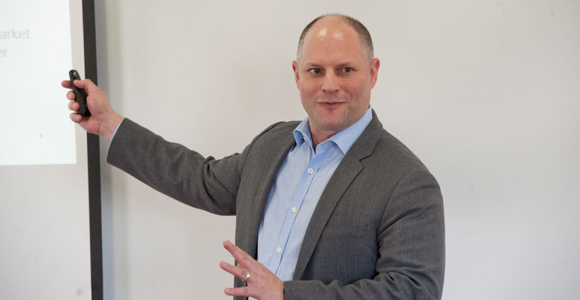 Meeting with UBS: partnerships and the challenge of contemporary art

MAMA students met with Mr. Peter Dillon, Head of Global Art Platform, to understand the dynamics and the strategic importance of partnering and working in the field of contemporary art. The importance of aligning the needs and passions of customers to those of the business is critical to build trust and increase your network. Thus UBS focuses on supporting programs that explore new art and artists, new ideas, new places, and education that helps translate or interpret these ideas for their audiences and outlets, that enable their clients and partners to actively build collections. 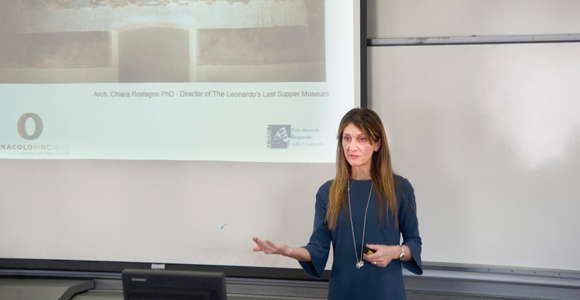 MAMA students met with Chiara Rostagno to discuss about the management challenges and issues faced by museums such as the Cenacolo. In particular, during the meeting they discussed how to improve international research to conserve Leonardo’s painting. They also talked about finding a new image and identity for the Museum based on Leonardo’s “obsession with perfection”, and opening new and innovative activities aimed at increasing the value of the museum.

Meeting with Musement: how to promote culture through tourism

MAMA students met with Mr. Claudio Bellinzona, COO of Musement, during their Arts, Culture and Tourism course. They had the chance to understand the main managerial challenges Musement is facing as a growing international digital start-up specializing in cultural tourism. Founded with the aim to work vertically on cultural resources, the core of Musement is to offer complete travel experiences by putting destinations at the center of its strategy and by integrating various components of tourism. Students had the opportunity to discuss with Mr. Bellinzona why and how ancillary services together with a system approach are fundamental to develop the tourism potential of cultural resources. Meeting with Cappella Sansevero: how to structure a communications campaign

MAMA students had the opportunity to meet with Mr. Fabrizio Masucci, president and owner of the Cappella Sansevero Museum in Naples. After more than one week working on the Cappella Sansevero case, students presented their ideas for an innovative communications campaign to promote the institution both at national and international levels. Mr. Masucci enthusiastically welcomed many of the ideas proposed and commented on their concrete implementation.

Visit to Villa Panza: how to run a social media campaign

MAMA students visited Villa Panza in Varese to learn more about how to plan, develop, and execute a promotional campaign to communicate an exhibition. The class met professionals from FAI, who presented the successful case of the Wim Wenders exhibition.

MAMA students, guided by Prof. Michela Addis and Peter Assmann, Director of Palazzo Ducale, visited the site and analyzed their customer journey taking into consideration accessibility, communication, knowledge, social impact, value for money, etc. The outcome of the analysis was discussed with the director of the palace, taking under consideration the available managerial tools to ensure a wonderful customer experience, and increase the number of visitors and the visibility of Palazzo Ducale.

Teatro alla Scala is one of the most important cultural institutions in Italy and a pillar of the social and cultural life of Milan. Every year the prima della Scala(season opening performance) is an important social event for the theatre and for the city, with an international audience, representatives of Italian and foreign public and private institutions, as well as many opera lovers. MAMA students had the extraordinary opportunity to meet with Paolo Besana, Head of Press Relations of La Scala, and discuss with him the many managerial challenges behind the organization and management of the prima.

The art of managing the arts, or the importance of developing management skills to advance and support cultural industries. This was the topic of the round table that was held at Bocconi on Thursday, October 1st, during the opening ceremony of the MAMA. Several leading players from cultural institutions participated, including Umberto Allemandi (Il Giornale dell’Arte), James M. Bradburne, the recently-appointed Director of the Pinacoteca di Brera, Andrea Carandini, President of FAI, Claudia Ferrazzi (Accademia di Francia) and Andreé Ruth Shammah (Teatro Franco Parenti). The event also welcomed as guest speaker Italian Undersecretary of Cultural Heritage and Tourism, Ilaria Borletti Buitoni.

An evening to discuss models, challenges, and experiences around the management and funding of arts institutions. Short presentations and Q&A during an informal, convivial dinner.

In collaboration with Bocconi Alumni Community

Your opportunity to meet one-on-one with the MAMA Director and faculty members, ask specific questions about our new Master in Arts Management and Administration, and benefit from an individual informative discussion.

Managing the splendor of Italy

Your opportunity to learn more about SDA Bocconi’s MAMA program, in partnership with Italian cultural institutions.