Scala and Ambrosiana, a lesson of great cultural management in Milano

“Beauty and knowledge are not only to fill one’s free time, they are an integral part of human nature.” These words are from someone who has dedicated their life to beauty and knowledge, both professionally and otherwise, and who is well aware of how many and what kind of skills are needed to safeguard and enhance cultural heritages. Not by chance these words were heard during a meeting in the series about the different aspects of Italian excellence that MAMA - Master in Arts Management and Administration students had with some prominent figures from the world of cultural management here in Italy.

Dominique Meyer, General Manager and Artistic Director of Teatro alla Scala in Milano, and Monsignor Alberto Rocca, Director of Pinacoteca Ambrosiana and Doctor of the Veneranda Biblioteca, also in Milano, gave talks to the MAMA class, among others. They have both succeeded, each in their own field, in bringing together a passion for art and culture with managerial vision and capabilities at the highest levels. We spoke with them about how to manage and develop cultural institutions, even in their social aspect, about the importance of Italian heritage in creating strategic partnerships at an international level and, above all, about the skills needed to achieve all this.

From his position at the helm of one of the most renowned theaters in the world, the pride of Italian culture, Meyer maintained that “today, the great cultural institutions are international by vocation, and partnerships, both one-to-one and extended ones, are the rule. Artists move from one theater to another, co-productions are increasing. In short, cooperation is a better choice than competition.” In the General Manager’s vision, being open to the world goes hand in hand with being open to society, and the temple of opera can be within everyone’s reach without losing any of its excellence. “Music is everybody’s heritage. La Scala is a symbol of this culture and all Italians should be proud of it. My goal is to bring it closer to an ever wider audience, for example through sponsorships by important economic players in the area.”

A social function is inherent in cultural institutions also in Monsignor Rocca’s view; he is in charge of another jewel of Milanese and Italian culture: “For the Veneranda Biblioteca Ambrosiana, this function has been present since its foundation in 1618. The clear intention of its founder, Federico Borromeo, was to create a place that would promote culture, open to the public; four centuries later this vocation is still intact. If, on the one hand, the pandemic has severely put all museums and libraries to the test, on the other, it has been an opportunity to imagine and launch new ways of enjoying art and culture, new ways to develop and maintain the interest of the public with the help of digital technology. In the case of Ambrosiana, there is also an educational function, expressed in our courses and meetings with schools.”

Not just entertainment, but social and educational purposes. These are strategic knots that are coming to a head for all major cultural institutions and that can only be undone by combining a farsighted outlook with high-level managerial skills. A key topic to the MAMA audience and the guest speakers themselves: “Our profession is not known well enough. Many think that to be an artistic director it is enough to be an artist, but that is not the case,” Meyer emphasized. “Obviously, an artistic perception is key, but you also need specific business and managerial skills. But I can see an encouraging trend: my generation was basically learning by doing, now there are training courses like MAMA that prepare young managers to deal with the culture industry, which is rich and multifaceted like few others.”

But the management lesson has ancient roots: “The need for a management function that is side by side but distinct from the artistic and cultural one was very clear at Ambrosiana from the very beginning,” Rocca continued. “Its founder, in fact, established two bodies: the Collegio dei Dottori - which today would be called a Scientific Committee – and the Congregazione dei Conservatori - the Board of Directors. Federico Borromeo was a true cultural entrepreneur and knew well that the institution needed two engines capable of interacting with one another for the good of the institution itself and the cultural heritage that was in its care.” And he added: “Today, we need managers who are just as capable, who are familiar with handling the economic levers, but who always bear in mind the value of beauty.” The General Manager of La Scala agreed on this message, and concluded his talk with the MAMA class with an exhortation and a note of optimism: “Gain experience, travel the world, do not be afraid to change. You are a new generation that is well prepared, open-minded, polyglot and capable of successfully facing the new cultural challenges”. 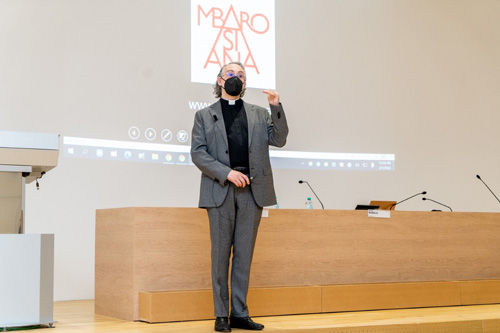 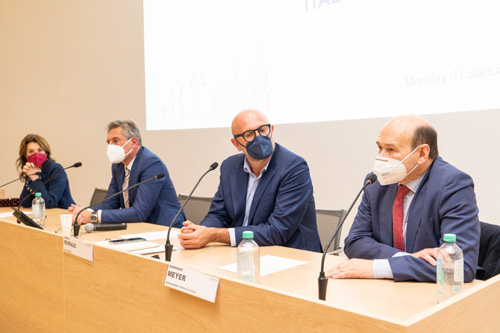 Vice and virtue in Italian cultural ...

In the Heart of Art: the case of Villa Necchi ...