Every year, the World Economic Forum ranks countries according to gender gap in education, economics, health, and politics. Disparity is measured in the possibility for either gender to access resources and opportunities in these areas. In the most recent report, Italy ranks 70th: the gender gap is still considerable, although there have been some improvements compared to the previous year.

Women have gained some ground in terms of employment and career advancement, but much remains to be done to improve their position in the job market. We still speak of a “glass ceiling”, a metaphor that expresses how difficult it is for women to access the button room, in other words to hold managerial positions; and also of a “glass cliff”, when women are able to reach leading positions in difficult and critical contexts, where the chances of success are very low.

On top of this, gender pay gap in Europe is still around 16 per cent. All of this is the result of several disadvantages that penalize women in their professional career. One of the most persistent and structural burdens has to do with the management of family responsibilities: women do not often want to give up their careers, but have a very hard time in balancing family and work life. They sometimes choose to rely on well-known instruments of job flexibility – such as part-time – which, however, prevents them from being considered for a career path. Sometimes they temporarily leave the job market, facing difficulties when they return; sometimes, they decide not to return at all (statistics show a higher rate of female inactivity as compared to men).

Many other psychological and social aspects penalize women. Not only can gender distortions and discrimination arise in the selection and evaluation processes, women can end up chosing forms of self-exclusion: being less sensitive to financial incentives than men, they may undertake less lucrative professional paths.

Gender gap is such a complex and multifaceted subject that it requires action from society as a whole. Government and institutions need to offer services and create opportunities to improve work-life balance, both for women and men. Companies must commit themselves to a new culture, one that promotes diversity in the workplace and that takes into consideration women needs.

Women are good for business

Increasing the number of women in companies’ board and at top level positions can not only promote gender diversity but also improve company performance, with a positive impact at 360 degrees.

A recent study by the International Monetary Fund has also shown that a greater involvement of women in business, by reducing what hinders their entry or reintegration into the labour market, results in a GDP growth up to 35%.

As to performance, where the number of women into boards is higher, productivity is greater due to the different skills that women can bring into contexts that are mostly male-driven: a more inclusive and collaborative management approach and a different perception of risk are just two examples. The result is an improvement of the average quality of company outputs, with a positive financial impact.

SDA Bocconi wants to do its part. As an expert in management training, with the belief that developing managerial skills is essential to professional growth, the School has decided to offer all women a 20% discount on all executive training programs for one year: from March 9, 2019 to March 8, 2020.

By promoting the professional development of women, SDA Bocconi makes a concrete contribution to reducing gender gap in society. 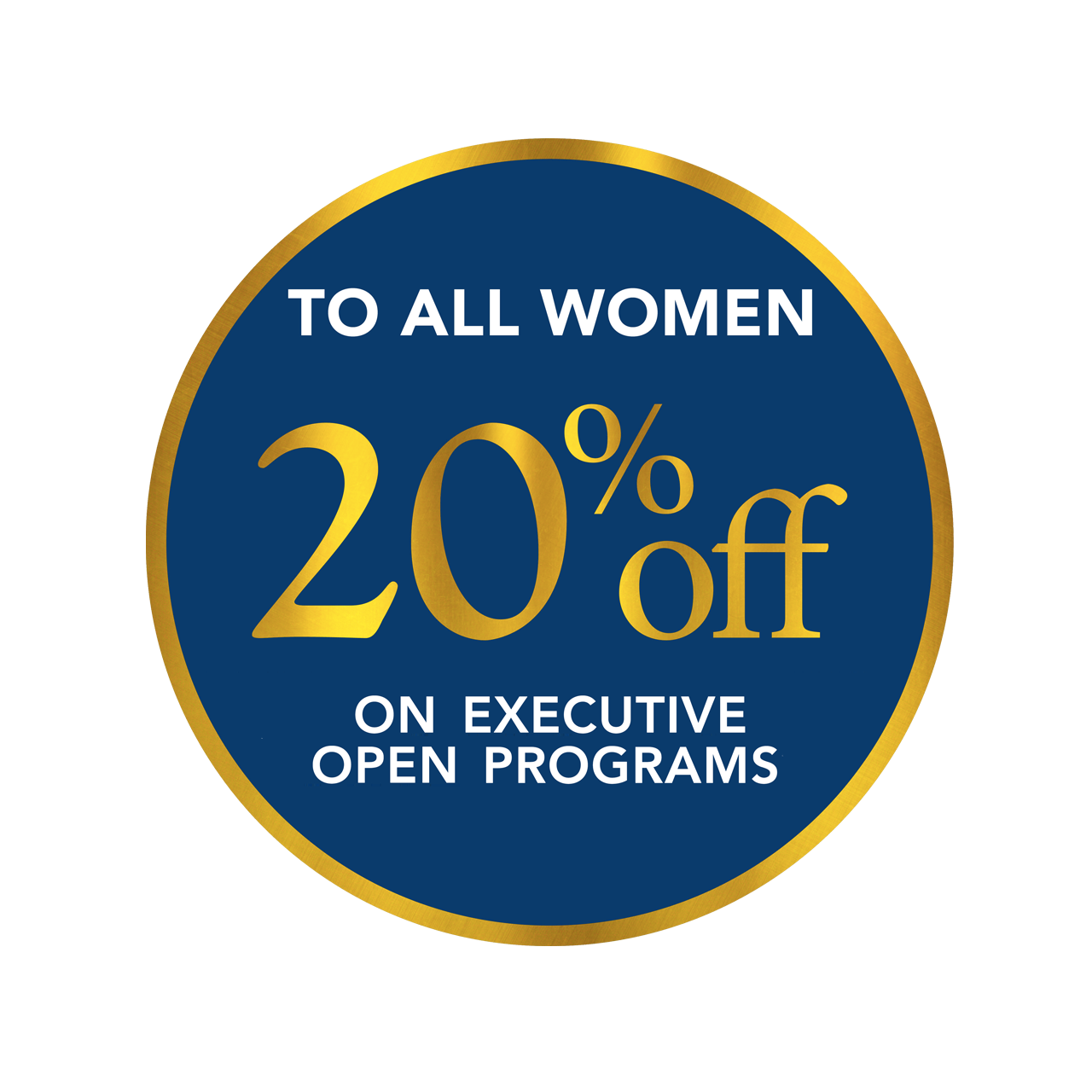 Supply Chain as a Team: Good Governance in ...

According to the Corporate Governance Lab's 2023 Report, if big ...
Learn More
General Management

Two Deans for one GEMBA