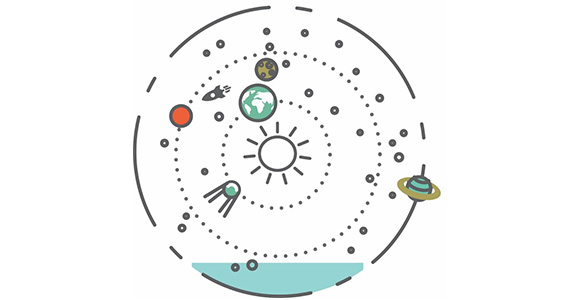 The last day of the International Conference of Astronautics held in Washington DC, the Italian Embassy organized together with the SEE Lab (Space Economy Evolution Laboratory) of the SDA Bocconi School of Management and the Space Policy Institute of the George Washington University a conference titled “Interplanetary Transportation, logistics, and in situ utilization”. The conference centered on utilization of Moon’s resources, particularly ice. About 100 persons attended the event, mostly from American and European aerospace industries and space institutions.

The conference was open by the intervention of Italian Ambassador Armando Varricchio who underlined the importance of the collaboration between Italian and American companies, institutions, and academia in the space sector.

Two keynote speeches by David Turner, Deputy Director of the Office of Space and Advanced Technology of the State Department, and Giorgio Saccoccia, President of the Italian Space Agency, followed the Ambassador intervention. David Turner confirmed the intention of the United States to proceed with the Moon Exploration in the near term, and he stated the United States’ openness to collaborate with European and other countries in this endeavor. Giorgio Saccoccia confirmed the intention of the Italian and European space institutions to collaborate with American space institutions in the exploration of the Moon and beyond.
Four sessions followed the opening interventions:

The first one is that no legal impediments arise from existing international treaties, such as the Outer Space Treaty (OST). International treaties focus on government activities. Private companies need government permission to operate in space in terms of national legislations concerning in situ resource utilization. Now, the United States and Luxemburg have established such laws, but other nations will eventually follow. When necessary, bi-lateral and multi-lateral agreement would follow ensuring coordination among different major players on the Moon.

Second, there is mounting evidence for water ice near the lunar poles, although there is the need of a better understanding of the geology, distribution, and origin of ice on the lunar poles. Lunar propellant will dramatically lower the cost of space exploration and underpin the growth of the cislunar economy. Low costs methods are in development to extract economically useful quantities of ice. A reasonable period for propellant production is within ten years.

Third, economic and business analysis indicate that the optimal business model involve the operations of two companies: an exploring company and a mining company. Numerical assessment, based on the Colorado School of Mines study, indicate that probabilities of negative net present values are negligible for the mining company, but non-negligible for the exploring company. This indicate the need for prospecting missions by space institutions to reduce the risks incurred by the explorer. Government motivations for carrying out these missions are lowering the costs of space exploration, expected higher tax revenues, and possible technology transfer to non-space sectors enhancing productivity and growth, all events that will take place here on Earth.

Fourth, SpaceX indicated their plan of refueling the Starship on the Moon reducing costs of their project of Mars exploration and colonization. ULA and Avio indicated their consideration in participating to this project in terms of transportation of the equipment necessary for prospecting, exploration, and mining activities on the Moon.

Fifth, Roberto Italia summarized the results of the conference. He indicated that financial markets are not likely to participate in the prospecting and exploration activities, while they would finance the production phase. This is not new. During the early development of the oil industry, financial markets were absent, while they entered in the financing of the oil industry later on, with a lag of several years.