SDA Bocconi, ahead of its time for half a century 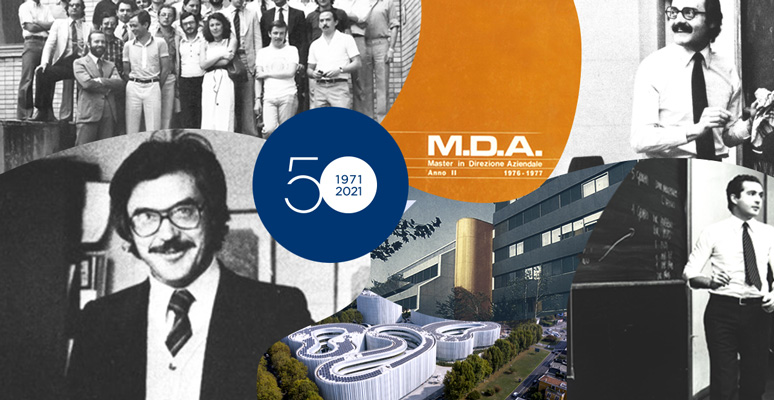 Being a forerunner is a demanding role (or destiny), exciting at times, awkward other times. It involves daring without being reckless; being visionary without losing touch with reality, showing the way and facing opposition to the novel. If turning 50 gives you the right perspective for experiential stocktaking, you must say SDA Bocconi has repeatedly played the part of the forerunner in its history. Sometimes out of necessity, certainly by vocation, relentlessly pursuing the search for new answers to the questions emerging in the economic and social environment.

That’s what happened in 1971, as present Dean Giuseppe Soda reminded us. Inspired and guided by Claudio Dematté, “a group of extremely young professors imagined and founded the Scuola di Direzione Aziendale (SDA – School of Managerial Direction) of Bocconi University, in order to provide Italy, the business world, companies and institutions with a place where a competent ruling class could be educated, to lead development and face the big economic and social challenges at hand.” In the Seventies, in Italy, the mere concept of “educating the ruling class” was daring in itself, for it implied going beyond what was mostly a home-style entrepreneurial tradition, imagining new organizational and managerial models, on the one hand; while, on the other, you had to come to terms with the political and social climate in those years. This showed the founders’ cultural open-mindedness and will to share and discuss ideas, going well beyond partisan interest. Since then, history has proved both these options to be a win.

SDA Bocconi has put its “looking-beyond” attitude into practice several times during the past 50 years. For instance, in the late Seventies, when launching its Master in Business Administration (MBA), the first program to be delivered in English by an Italian institution, thus leading Italian managerial education towards internationalization. And again, fully into the following decade’s cultural reaction, the School would oppose the idea of the supremacy of the private sector over the public sector by devoting programs to managers from the public administration. In 1991, Economia&Management review would set out to disseminate managerial culture outside the School, extending the scope of its founders’ insights.

New big issues came up with the new millennium. The potential and risks of new technologies and the web for traditional business had been discussed at SDA Bocconi well before the initial digital infatuation resulted in the dot.com bubble, and its crash at the end of the past century. Currently, digital is normal in every industry and the tech challenge has got new names – big data, analytics, AI, machine learning – but SDA Bocconi’s approach has not changed: it is still exploring and innovating, while remaining competent and focused on real business impact.

When responding to the 2008 Great Recession and the mischiefs of hyperbolic financial markets increasingly disconnected from real economy, SDA Bocconi started a major debate about ideas such as value, corporate social responsibility, sustainability, which are now among the most crucial to the future of organizations, society and the whole planet. This has been a necessary though not easy process for the entire economic and financial world; it has questioned established “truths” and reoriented the investment compass in many industries.

A responsibility in designing the future

This anniversary comes in one of the hardest periods in recent history, in the midst of a global health emergency. To SDA Bocconi, as to most organizations, the past year has been a training ground for resilience, a road test of the “transforming crises in opportunities” motto. Further developing online learning, which SDA Bocconi had implemented long before the pandemic, is just a small example of that. If it is true that “ideas do not stop”, then this is the time to prove it.

Fully aware of the responsibilities you have at 50, SDA Bocconi is ready to take the ones of today, particularly demanding. Its history has certainly earned it leadership in economic and managerial thinking, whence it is able to both capitalize on established knowledge, and create and disseminate new visions and ideas. As Dean Soda has effectively said in short, “creating new knowledge which is the result of research is a disrupting action in itself, for it enacts thinking which is alternative to dominant ideas and is made stronger by methodological rigor.” Today’s responsibility is all about developing leadership that is ever open to external demands but consistent with its own values; capable of self-reflection and self-criticism, of changing one’s mind if necessary, but well aware that imagining a better future always remains its inherent, “institutional” role.

Here comes the story of SDA Bocconi in the words of its leaders. We have asked former Deans and other top figures to recall the years they spent at the helm of the School. The result is a meaningful and extensive collection of insights and snapshots from our first 50 years.

Vittorio Coda (President, 1981-1996): “The memories I have from the first years of SDA are of an extraordinary organizational environment. We were a group of enthusiastic young people who were prepared to play the game and win the challenge of creating a business school at Bocconi that would be helping our country. We strongly believed in the potential of the managerial variable, together with the entrepreneurial one, to change the world for better. We had great independence, thanks to the trust Bocconi University leaders showed us, and were side by side in trying to do good for the School. Claudio Dematté was a fantastic leader, visionary and pragmatic at the same time; he was really able to team up, to motivate and develop people in order to make his entrepreneurial dream come true.”

Franco Amigoni (Managing Director, 1991-1996): “Everything we did at the School featured all the unique elements of that extraordinary experience that would lead to today’s achievements. Being able to break established frames, for instance, to be imaginative, make a close-knit community out of the teachers, generate enthusiasm. Needless to say, we had a great leader, Claudio Dematté, the engine of all this.”

Elio Borgonovi (Dean, 1997-2002): “SDA is an example of team entrepreneurship. In 1988, we were asked to design a training course to help Ferrovie delle Stato, Italy’s State-owned railway company, change its organizational structure to become an “ente autonomo”. We had little time and huge numbers: a 10-day training course for 660 managers, divided in 22 groups. I submitted the issue to Claudio Dematté, who was SDA Bocconi’s Dean in those years (the job title was Managing Director at the time), and offered to set up the initiative. He strongly supported it and we managed to start a 220-day training program on 13 September, that would be concluded by 15 December. It was a great success for both, Ferrovie dello Stato and SDA Bocconi.”

Maurizio Dallocchio (Dean, 2003-2006): “Internationalization was a radical change for the School, requiring a radical change of perspective. Our response was in the motto we forged in 2004: “knowledge and imagination”. SDA Bocconi is exploration, competence, experience: in one word, knowledge. Come to us and see that our way of thinking is powerful and not a clone of dominant ideas. SDA Bocconi is also creativity, invention, change, elicitation: it is imagination. Join the School, for it is in Milano, in Italy, where moving beyond your comfort zone in a quest for excellence is part of daily life.”

Severino Salvemini (President, 2003-2007): “An important step for SDA to take off was when the founders (Claudio Dematté, Elio Borgonovi, Andrea Rugiadini, Giuseppe Airoldi, Franco Amigoni and others) participated in the International Teachers Program at Harvard Business School. This was at the beginning of the Seventies. This opportunity sparked the case study method and other innovations in teaching at Bocconi. We could then host the ITP ourselves, for the first time in 1988, and I had the privilege to be the director of the program (which was one of the first international ones, taught in English), and I remember this like a key step in the development of the School.”

Alberto Grando (Dean, 2006-2012): “There have been several discontinuities in the life of the School, moments that have produced significant acceleration and won it its present positioning. I reckon one of the boldest and most critical was launching the first English edition of the Master in Business Administration in the international arena, back in 1990 (over 30 years ago!). It was an important challenge, but one that made the School aware it could play a role of note among the best business schools in the world.”

Bruno Busacca (Dean, 2012-2016): 1986, via Bocconi 8: the first Christmas party at the new home of the School. Smiling faces, showing emotions, energy and enthusiasm. Down in the garage, a row of beribboned bicycles: a beautiful gift, full of meanings, among which the importance of commitment, with passion, persistence and dedication, to deserve the privilege of having a great job at an excellent institution. A job allowing us to connect every day with talented people counting on SDA Bocconi for their professional and personal growth. And what is best is that that spirit lives on unchanged. 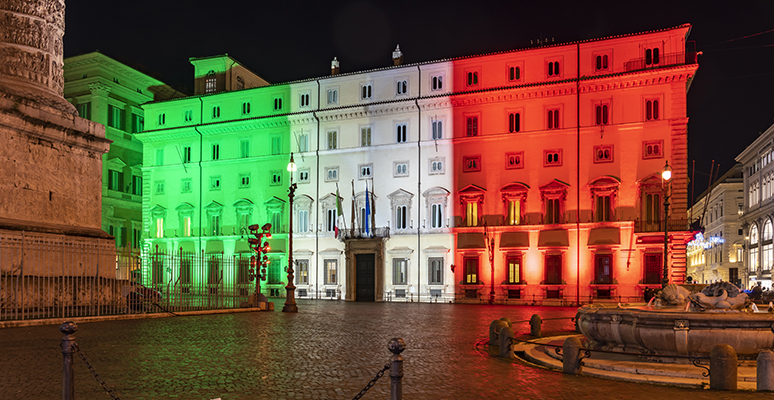 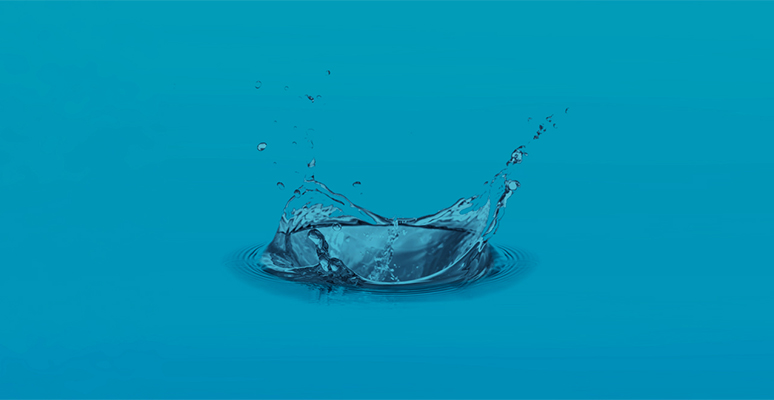 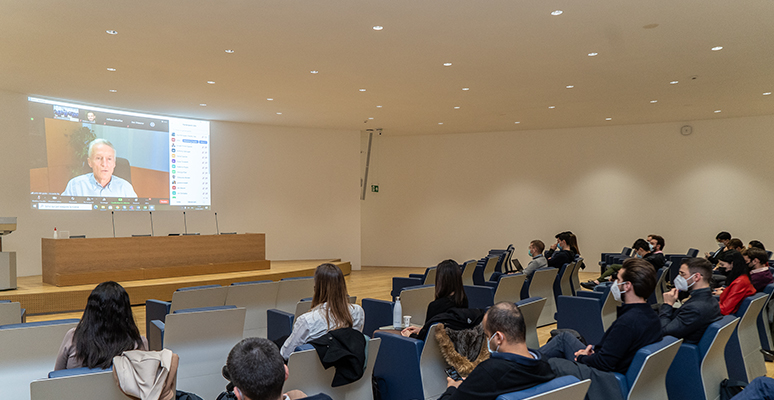