Join the live webcast of a real Full-Time MBA Class and get a feeling for the real program atmosphere while exploring cutting edge economic issues with top guest speakers participating in Prof. Tito Boeri's MBA course on Populism and the Economy. The class dwells on the extensive and very recent economic literature on populism and is based on cross-country comparisons as well as country case-studies introduced by relevant witnesses of the advent of populist parties in Latin America, India, and Europe.

You will watch a live, full-length, uninterrupted online session and then have any questions answered about the SDA Bocconi MBA Program and Admissions process immediately after the class by sending an email to md@sdabocconi.it

Full-Time MBA Class: The Making of Policy Making
Populism is on the rise everywhere, in emerging countries as well as in mature democracies. It differs from country to country as it involves a strong personification of politics, but it has a common ground ideology that considers society to be ultimately separated in two homogeneous and antagonistic groups: the “pure people” and the “corrupt elite”.  As such populism challenges the élites, notably the independent institutions that are at the core of the system of checks and balances preventing the dictatorship of majority. The welfare state is one of such institutions and plays a crucial role in addressing the instances raised by populists.

We look forward to having you join this session and introducing you to the SDA Bocconi Full-Time MBA world. 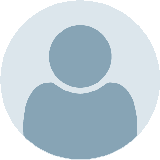 E-MEET US IN RUSSIA

Chat with the Recruiting Team

Chat with the Recruiting Team

Attracting talented salespeople: the case of the Millennials